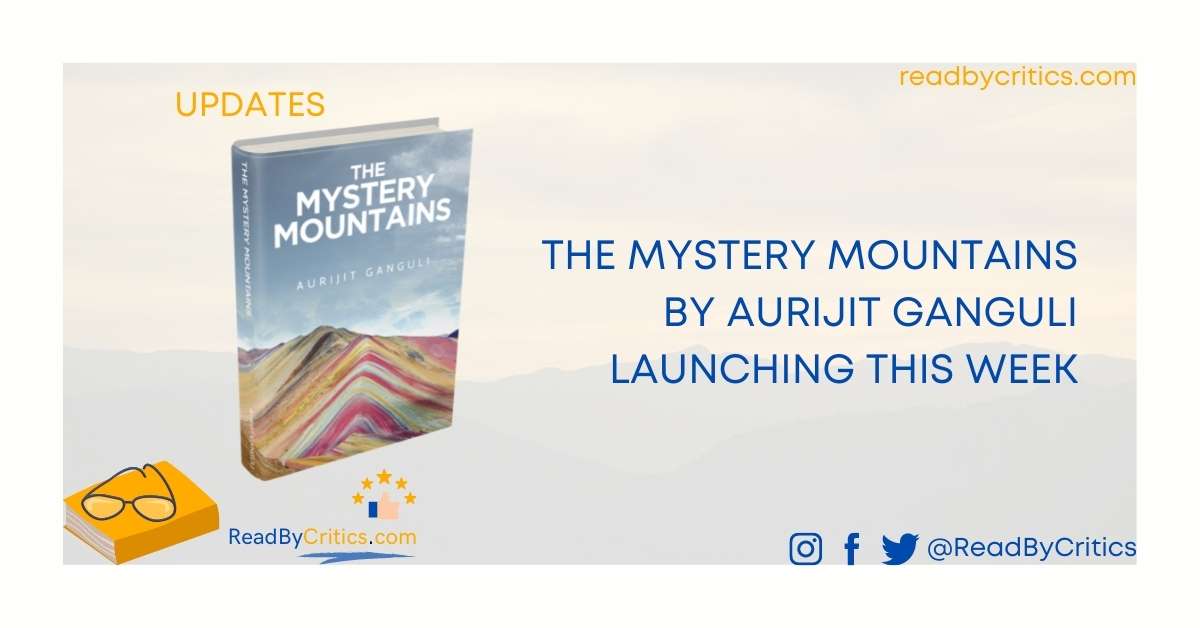 The second book of Aurijit Ganguli, The Mystery Mountains, is set to be launched next week. After the success of his first book, it was more than merely an expectation from the successful author of The Shambala Sutras to write a new book. Aurijit Ganguli got his inspiration from the renowned authors of Bengal – Ravindranath Tagore, Swami Vivekananda, Aurobindo Gosh and many others who have enjoyed success in the present age. And history is witness that it is almost impossible for a Bengali to keep himself away from literature. Moreover, the critically favourable feedback from the readers for his first book added further to the novelist’s inspiration to write another novel.

The Mystery Mountains will be live on coming Friday on Amazon and other online platforms in paperback format. As its title decodes, the book is an adventure-thriller like his first book, The Shambala Sutras. However, as he says, this is definitely not a sequel to his first book. Though the author has continued with the protagonists, Arjun and Lisa, he has not added to their past adventure. This time, Aurijit has narrated a mysterious, extracted from the womb of the past, and exciting tale that takes the readers to the mountains of Peru (with an abundance of details).

From his first book, we can make it out that the author is certainly on the list of authors who come under the category of mythological and ancient fiction writers. In his previous book, he has discussed the classic Indian history and the myths of a mystical, hidden, historical and religiously important kingdom in the Himalayas – Shambala. He has gone beyond the spirituality of the kingdom and given his story a fresh perspective which can be enjoyed by contemporary readers. At the same time, he has incorporated essential facts in his book. And this is the beauty of Aurijit’s writing style. As the author says, he believes in doing a lot of research work before getting into writing anything. And this makes his work infotainment.

The Mystery Mountains, an upcoming novel by Aurijit Ganguli, moves away from India. Aurijit, while talking about his new novel, has to say the following.

“In the previous novel, I wanted to make my readers aware of the mystical place of Shambala. In this novel, I have discussed the existence of highly advanced civilisations before the Great Flood and how they helped the general population of hunter-gatherers of that time. Although the setting of the book is fictional, the facts and figures cited in the narrative are all real.”

With his statement, the author makes it crystal clear that his new book too will be a source of information and a guide to places he has discussed in the book. Isn’t it exciting? Furthermore, one thing that is common in Aurijit’s new book and the previous book is the central protagonists – Arjun and Lisa. Earlier, Arjun and Lisa were on the journey of finding the mysterious Kingdom – Shambala. However, in The Mystery Mountains, they will be on a fresh mission which involves new thrills, curiosity, adventures and excitements.

This book will excite the readers who admire mystery and adventure, who are fond of mythological fiction, who love thrillers and who are keen on exploring history. Like his previous book, the author has not limited himself. In fact, along with history and mystery, he has well accommodated all the elements of fiction in his book which will keep the readers hooked from start to end. So, are you guys excited about this new novel by Aurijit Ganguli?